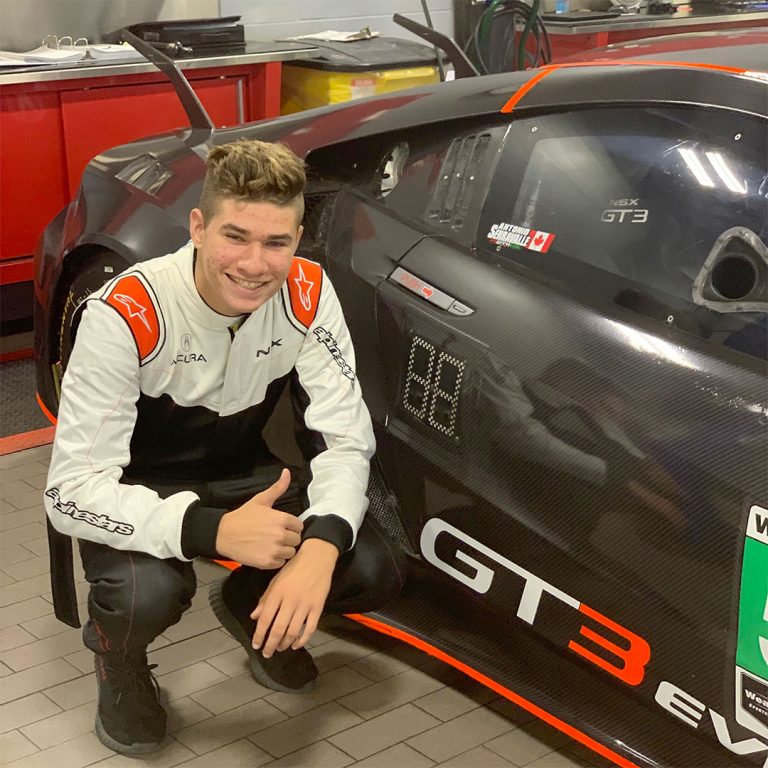 With Jay Howard Driver Development (JHDD) recently announcing their intentions to compete in the Formula Regional Americas Championship Powered by Honda, the team is delighted to confirm that Antonio Serravalle will be competing with the squad for the 2020 season.

Serravalle, who hails from Toronto, Ontario, has impressed on the Road to Indy in recent seasons and was left without a drive for the 2020 season after the unfortunate announcement that the Indy Lights Presented by Cooper Tires Series would not be operating for the 2020 season.  With Formula Regional Americas enhanced profile and offerings, coupled with the opportunity to be re-aligned with Jay Howard, Serravalle is looking forward to making the most out of the 2020 racing season.

“I’m very excited to back racing as I had signed to race in Indy Lights this year,” commented the young Canadian. “With COVID-19 came the cancellation of that program, and it didn’t look good for us to be racing anything. It’s been 3 months since I was behind the wheel, and I can’t wait to get strapped into the Formula Regional Americas car! I’m happy to be back with my friend and mentor Jay Howard and it’s always a pleasure to race for him.  We must also thank Honda/Acura Canada for their support in wanting to have a Canadian driver in INDYCAR in the near future.  In addition, I would like to thank my partners Tycoon Capital Limited, Tri Brik Masonry, Medi Scan and Camptech Circuits.  Without their support, none of this would be possible.”

“Antonio’s experience is years ahead of his actual age, and he is destined for greatness,” outlined Robert Zarcone from Honda Canada.  “We are excited to see how his season unfolds in the Formula Regional Americas Championship Powered by Honda.”

Jay Howard is also delighted to welcome Serravalle to the team, as not only does it cement his team’s expansion into the Formula Regional Americas Championship, but also provides both parties with the opportunity to work together again after a partial Road to Indy campaign in 2019.

“It was exciting to announce our Formula Regional Americas program last week, and it’s fantastic to be able to confirm that Antonio will be representing us in the series,” said team-owner Howard. “Along with a number of our drivers currently, Antonio is someone I have worked with before, and being able to help him advance his skills and further his development up the ladder towards his ultimate goal is what this team is all about.”

JHDD and Serravalle’s 2020 racing season is scheduled to get underway at Mid-Ohio Sports Car Course this week, June 25 – 28.  Fans can follow all of the action via the Race Monitor App and JHDD social media channels.