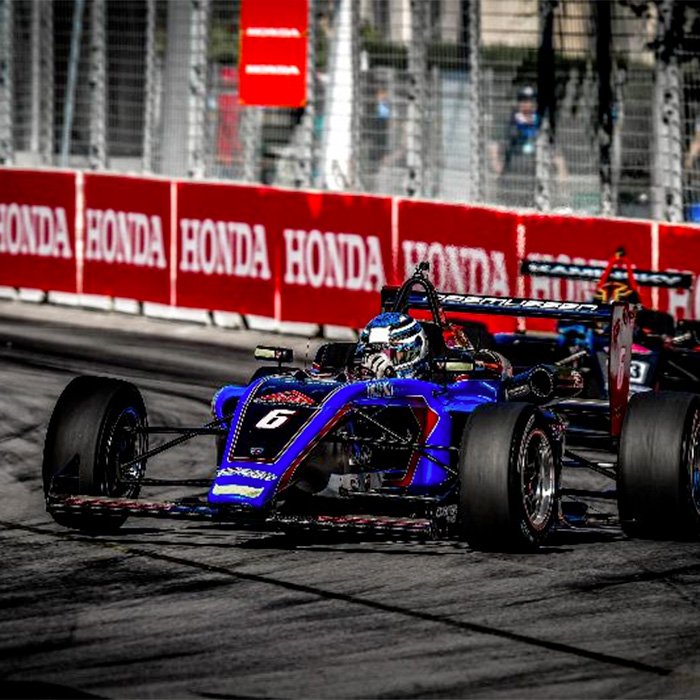 Christian Rasmussen Back with JHDD for 2020 USF2000 Championship

Jay Howard Driver Development (JHDD) today confirmed that Christian Rasmussen will return to the team to compete in the 2020 Cooper Tires USF2000 Championship.

Rasmussen and JHDD were a combination that really hit their stride in the second half of the 2019 Cooper Tires USF2000 Championship season, scoring wins in Toronto, Mid-Ohio and Weathertech Raceway Laguna Seca, securing third position in the championship standings in the process.

Rasmussen’s goals for his sophomore season are clear, and a continuation of the momentum that he built with the team will be crucial in mounting a championship challenge for the 2020 season.

“I am very excited to start the 2020 season together with the JHDD crew,” the 19-year-old Danish driver commented. “2019 was a good year in many ways, and everything really came together at the end of the season. Being the driver with the most points out of everyone in the second half of the season makes my expectations very high for 2020. I am 100% focused on winning the championship, and I know that the team is as well. I think we have a good shot at it, and I can’t wait for the season to start!”

Team-owner Jay Howard was naturally keen to have Rasmussen back for 2020, allowing both team and driver to hit the ground running now that they have a season’s worth of experience under their belts.

“(Christian) Rasmussen was a pleasure to have on the team last year, and when things started to click in the second half of the season, he was relentless with his speed and will to win,” said Howard. “We will be looking to carry on from where we left off, and the good thing with Rasmussen is that he’s a team player which will be a big benefit to his teammates and the team as a whole.”

Rasmussen has been testing with the team throughout the off-season, and along with his three teammates, will return to series action for the Road to Indy Spring Training on March 7-8 at Homestead-Miami Speedway.  The 2020 season officially gets underway the following weekend on the Streets of St. Petersburg, Florida, March 13-15.