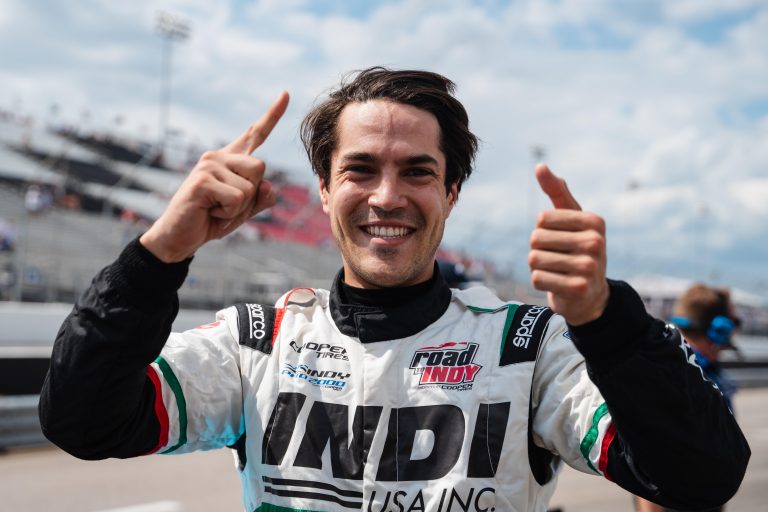 After coming so close to victory here in 2021, the team came into the weekend with the goal of finishing on the top step. After Eves topped both testing sessions on Friday and Saturday morning’s practice session, de Alba continued the team’s momentum by going quickest in qualifying to take the first pole of his open-wheel racing career. Come race time, the Mexican driver led every lap in dominant fashion as he marched towards his second, and JHDD’s third, victory of the season. Having lost a couple of positions at the start, Eves recovered brilliantly by charging through the pack, passing 6 cars to claim the final podium position.

Debutant Marcos Flack took the wheel for a weekend of firsts: his first race with JHDD, his first oval, and his first race in America. He qualified and finished a very encouraging 8th, leaving his first race weekend with a top ten finish and valuable seat time that he will look to build on in Portland. “It was an amazing weekend for the team,” commented team owner Jay Howard. “We swept the weekend which was insane. Fastest in every practice, won the pole, and led every lap. We had two drivers on the podium, a win and a third. Just amazing. I can’t thank the boys and the team enough for all their hard work this weekend. We’re going to try to finish the season strong at Portland and move on from there.”

The Indy Pro 2000 Championship and the Cooper Tires USF2000 Championship seasons wrap up in a couple weeks’ time at Portland International Raceway, September 1-4, with a triple stack of races for both series. Catch live streams on RoadToIndy.TV, the Road to Indy TV App, indypro2000.com, and usf2000.com. Find @followJHDD on social for news, updates, and highlights.