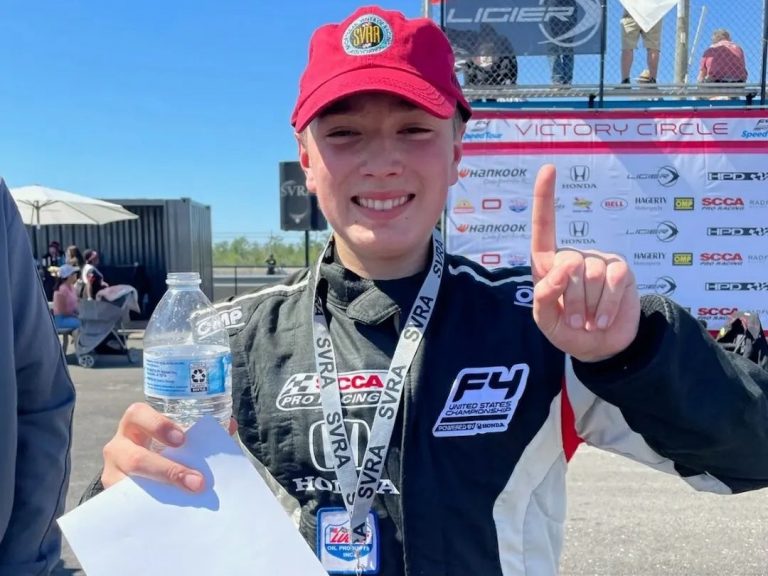 Jay Howard Driver Development is excited to announce that Eric Wisniewski has joined the team as part of the JHDD Academy. The program will provide ample opportunities for single-seater experience as Wisniewski prepares for his future in formula racing.

Wisniewski, a 14-year-old native of Mason, Michigan, will be stepping into formula racing after a successful few years in stock car circles. Starting in Bandolero cars in 2019, Wisniewski quickly improved to score heat wins in his first season. After a shortened 2020 season in which he scored his first feature win, Wisniewski exploded onto the scene in 2021, scoring two track championships en-route to capturing the INEX Bandolero Outlaw Touring Series National Championship.

This year, the Michigan Auto Racing Fan Club 2021 Future Racer of the Year award recipient has decided to make the transition to single-seaters with Jay Howard Driver Development. He’ll be testing and competing in the brand-new Formula Development series, where he has already captured two class wins after the first race weekend at NOLA Motorsports Park.

“I am looking forward to working with Eric all year,” said team owner Jay Howard. “We have a great development plan in place with an intense testing program for 2022, as well as some Formula Development series events to give Eric a combination of seat time and racing experience to prepare him appropriately for 2023.” As for Wisniewski, he’s excited to continue his great start throughout the rest of the year.

“To be successful in racing, you need more than skill behind the wheel; you need to provide value to sponsors and the series,” said Wisniewski. “I am confident that there is not another team better equipped than Jay Howard Driver Development to help me become quicker and quicker and form me into the best driver on and off the track. I am very excited for this opportunity and can’t wait for the start of the season!”

Although Wisniewski has some time off before his next event, his F4 teammates will be competing next at Road America from May 19-22. Make sure to follow JHDD’s official social media channels for results, updates and highlights from the Road America SpeedTour.