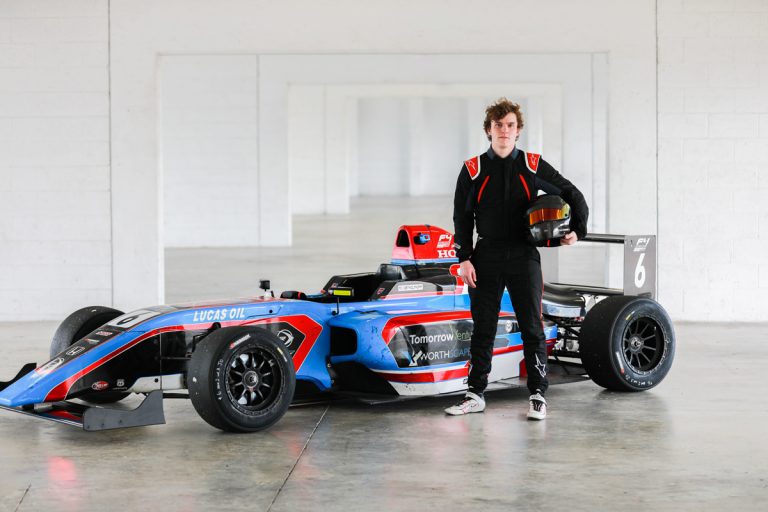 Jay Howard Driver Development today confirmed that Joe Ostholthoff will joining the team’s F4 US Championship Powered by Honda’s outfit for the 2021 season.

Despite being a rookie for the new season and possessing limited motorsport experience, Ostholthoff comes from a racing background as his late father, Bob, was Porsche Club President of the Chicagoland Region for years as well as racing SCCA himself. After his father’s passing in 2017, Joe decided to formally pursue a career for himself in the industry, with his ultimate aim to compete in the NTT INDYCAR Series.

Ostholthoff, who enjoys support from sponsors Worthscape and Tomorrow Ventures, also works closely with experienced Manager Blake Koch, a veteran NASCAR driver of 10 years with nearly 230 races under his belt including NASCAR Cup and the Xfinity Series.

“I met Joe after hearing his story from Anne (Joe’s mom) and I am determined that he has what it takes to be an amazing driver,” commented Koch. “He’s fast, has already beat some pro track times, is teachable and takes the risks he needs to take without any prodding. He’s a natural!”

Team-owner Jay Howard also knows a thing or two about developing drivers from the karting ranks all the way up to the top echelon of the sport. Given Ostholthoff’s lack of racing experience, the former INDYCAR driver has been impressed by how quickly the young American has adapted to an open wheel car.

“The recent Homestead test was the first time Joe’s been in an F4 car,” the 2006 Indy Lights Champion noted. “I expected him to be within 3-4 seconds of the pace and getting close to 2 seconds would be amazing. The fact he got within less than a second off the pace was superb. We not only invited him onto the team because of his talent behind the wheel, but also his personality and fit with our crew; it’s like he’s been with us for five years. We are ready to help him follow his dream.”

Ostholthoff and his JHDD F4 US teammates don’t have long to wait until the race event of the season, with the 2021 F4 US Championship Powered by Honda slated to get underway at Road Atlanta, March 26-28. Fans can follow all of the action live via FANRACING.LIVE and gain behind the scenes insights courtesy of the JHDD social media channels.