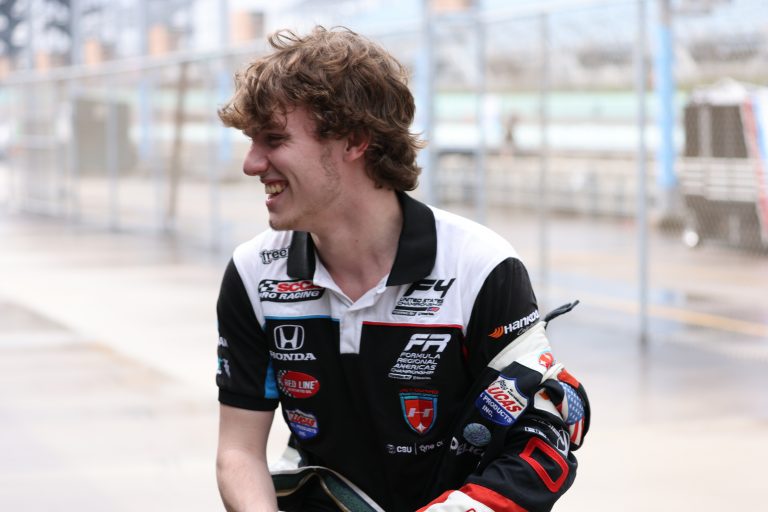 Jay Howard Driver Development is happy to announce that Joe Ostholthoff has signed on again to compete with the team in the F4 US Championship Powered by Honda.

After getting his feet under him in his rookie campaign in 2021, Ostholthoff is now driving with an eye on the long-haul. He’s already shown that he is fast and exceeding expectations in pre-season testing as he prepares for the new season.

“I am launching my career! This is serious business for me,” says Ostholthoff. “I have every intention to honor my dad with a life of racing, and I know Jay, and my manager Blake Koch, will help me make it happen.”

“Joe is a driver who I’m confident will achieve his goals,” agreed team owner Jay Howard. “He perseveres no matter what and drives faster every time he’s in the car.”

Despite possessing limited motorsport experience, Ostholthoff comes from a racing background. His late father, Bob, was Porsche Club President of the Chicagoland Region for years in addition to racing SCCA himself. After his father’s passing in 2017, Joe decided to formally pursue a career for himself in the industry, with his ultimate aim to compete in the NTT INDYCAR Series. Ostholthoff has enjoyed support from multiple sponsors including Cox Enterprises, IberiaBank, Worthscape, and Tomorrow Ventures. He has three of six races funded thus far, and divides his time between studies as a Sophomore at the University of Dayton in Ohio and seeking sponsorships.

Ostholthoff and his JHDD F4 US teammates don’t have long to wait until the race event of the season, with the 2022 F4 US Championship Powered by Honda slated to get underway at NOLA Speedway in Louisiana April 8-10. Fans can follow all of the action live via FANRACING.LIVE and gain behind the scenes insights courtesy of the JHDD social media channels.