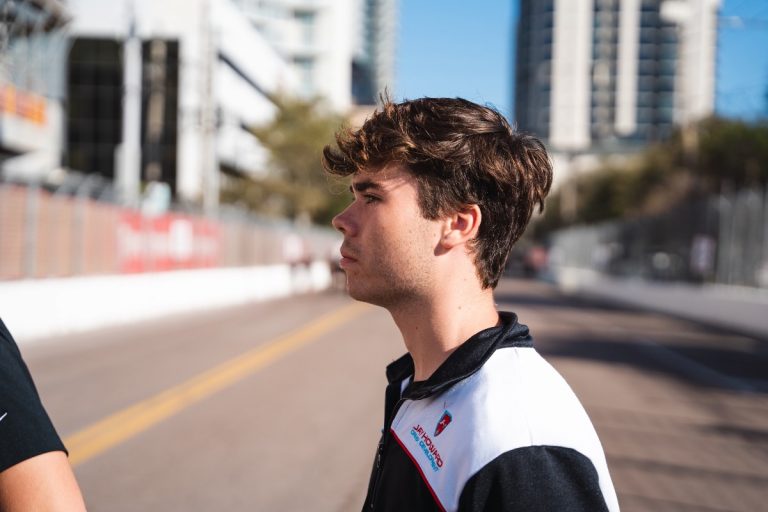 Jay Howard Driver Development is happy to announce that Australian Lochie Hughes will be joining the team for the 2022 F4 U.S. Championship powered by Honda.

Hailing from Gold Coast, Queensland, Hughes is making his American debut after a successful few years Down Under. The vice-champion in the 2017 KA2 class of the Australian Karting Championship, he graduated to the CAMS PAYCE Australian F4 Championship the following year, scoring a win and 2 podiums in his rookie campaign. He followed that up in 2019 with 4 wins and 11 podiums in 17 races on his way to claiming second in the championship that season.

After having to hit pause on his career for two years due to the pandemic, Hughes is looking forward to hopping back in an F4 car and getting to grips with the Ligier chassis and Honda engine used in the US.

“I’m really excited to be joining JHDD in 2022!” Said Hughes. “It has been a couple of tough years for myself since Covid hit, so I’m really looking forward to getting back in a racing seat. I first raced for JHDD in karting a few years ago and really enjoyed it, so there was no hesitation when the offer came to race with Jay in 2022.” For his part, team owner Jay Howard was impressed by Hughes’ karting stint in the US as well.

“Lochie drove for me many years ago in karting at the Vegas Super Nats,” shared Howard. “I knew then he was talented, so to be reunited with him in F4 is exciting for me. He’s had prior experience in a similar car in Australia, but after a few years out, you never know how long it might take to get up to speed again. However, he’s been quick throughout preseason testing, so the expectations for this season are high!”

Lochie and the rest of the Jay Howard Driver Development F4 team kick off the season this weekend at NOLA Motorsports Park, from April 8-10. Make sure to follow JHDD’s official social media channels for results, updates and highlights from the NOLA SpeedTour.