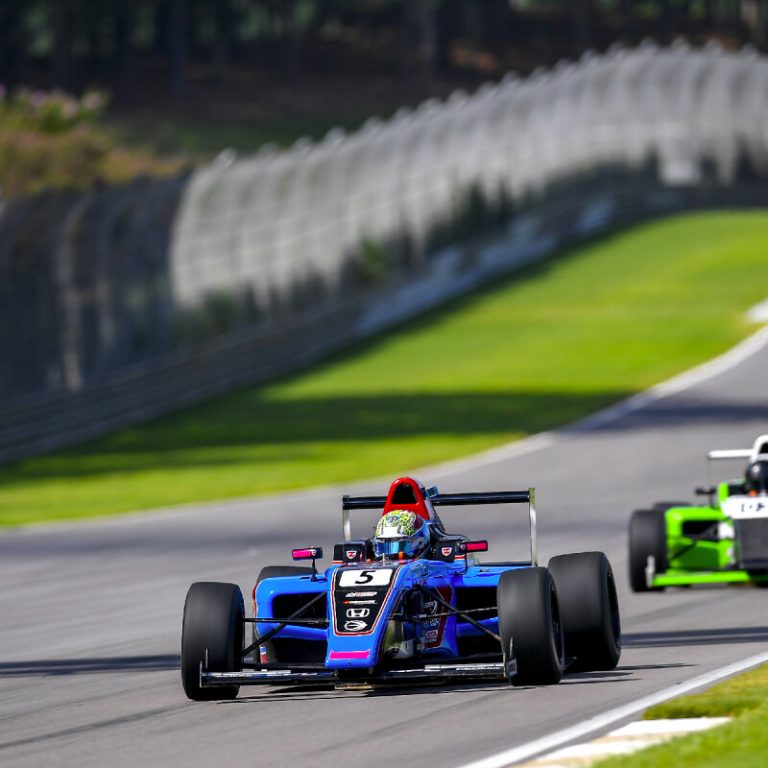 Jay Howard Driver Development (JHDD) were back on track for the second time this week, although this time around, it was the turn of its F4 US Championship Powered by Honda outfit.

After a frustrating outing in the previous event at VIR, the driver line-up of Chase Hyland, Nick Persing, Sam Paley and Bijoy Garg were eager to bounce back at the beautiful Barber Motorsports Park for Rounds 6, 7, 8 and 9 of the Championship.

On Saturday during Rounds 6 and 7, Paley enjoyed breakthrough performances thanks to a couple of fine drives to secure P2 in both races.  Garg also recorded his first Top 5 of the season, with Persing also securing two Top 10 results while Chase Hyland put on another charge through the field in the afternoon race.

Rounds 8 and 9 on Sunday saw two contrasting races, with the first being marred by caution periods and red flags.  That wasn’t enough to deny Paley of his third consecutive podium, however.  The final race of the weekend saw a caution free run to the checkered flag, with Persing bringing his JHDD machine home in P4, while Garg secured yet another Top 10 finish in P7.

Team owner Jay Howard was proud of his team’s efforts at Barber. “After a tough few races at VIR, the reaction we saw from all of the boys, both drivers and crew, was outstanding.  I’m pleased for Sam (Paley) as he has been knocking on the door for a while, so to have some hardware to show for his efforts is great and fully deserved. Nick (Persing) also has been solidly inside the Top 10 all weekend, as has Bijoy (Garg) who secured his first Top 5 of the season. Chase continues to make huge strides throughout the events, coming to tracks for the first time with limited testing time as well. Got a much needed few weeks off now, and as always, we will take our time to consider the next best steps for our drivers’ development.”